It has been such a delight to see how people have responded to the Kickstarter campaign for our new product, Cards for Mindfulness. The campaign closes on June 10 and we have just hit our first stretch goal and hopefully well on our way to doing even better.

Given that we are best known for making buddhify, a popular mobile app, several people have been a bit surprised that made a physical product, so I thought I’d share some of the thinking behind Cards for Mindfulness. 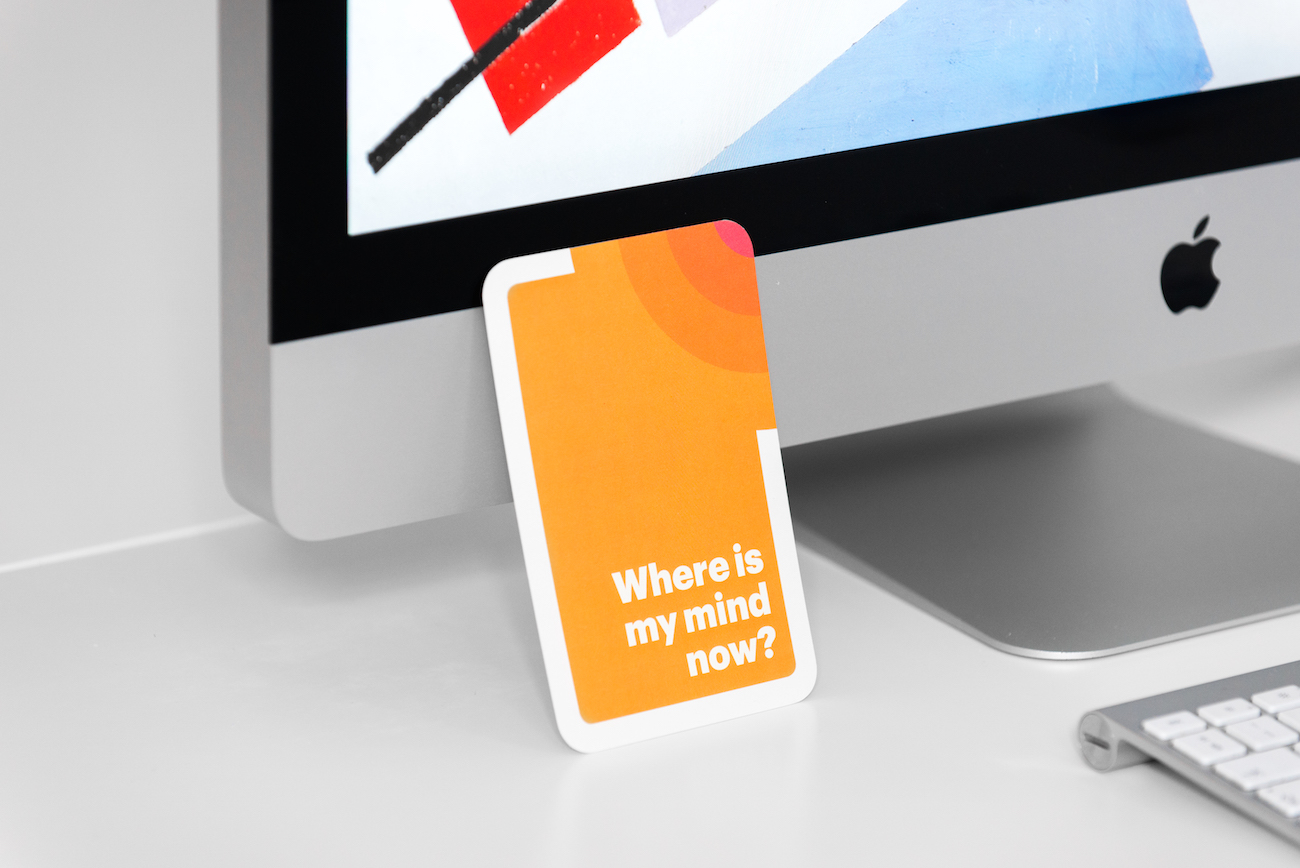 Solving The Reminder Problem
The number 1 feature request that buddhify users as for is some kind of notification or reminder. buddhify solves the time problem, by providing on-the-go, real-time meditation exercises, it means people can always have time to develop their mindfulness. But then the problem becomes remembering to do it in the first place. The obvious thing to do would be some kind of app notification but when we trailed that, we found that people were actually just as likely to get stressed out or ‘self-judgy’. We therefore wanted to make a much more ambient reminder system and that’s where the idea of Cards came from, the idea of seeing reminders that you’ve placed throughout the spaces where you are, gently inviting you back into presence and curiosity. 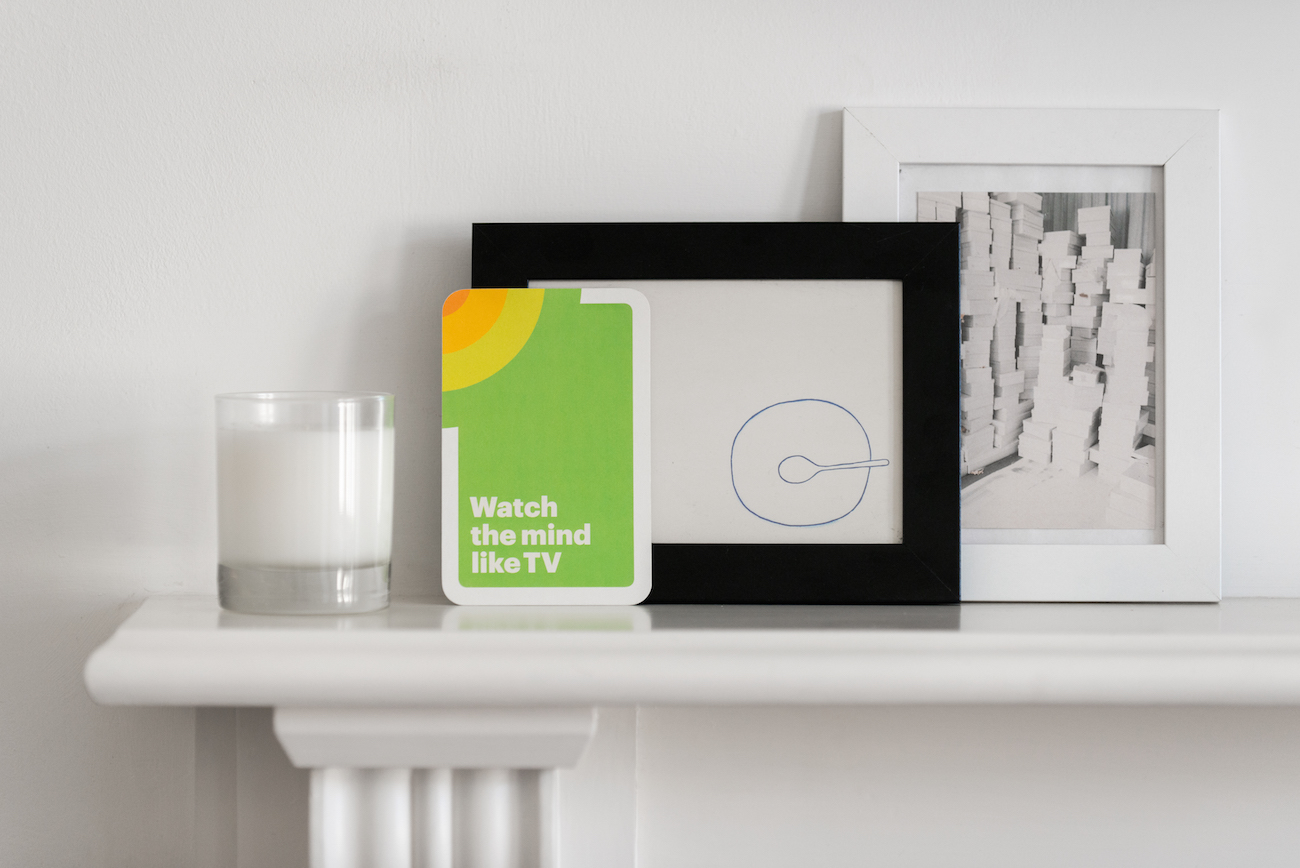 The Primacy of Physicality
While most people think of a Buddha statue as being a piece of religious iconography, it is actually the original mindfulness app. By placing it in a highly visible part of your house, the serenity and balance that it embodies reminds you that those things are possible in the midst of it all. As meditation and mindfulness apps continue to grow in popularity, we risk losing the some of this traditional technology. This ideas is central to how the cards work, creating physical environments which encourage us to look inside. Furthermore, the physicality of the cards, the quality and texture of the stock they are printed on, result in a tactility that the limited affordances of a touchscreen can’t get anywhere near. Physicality and embodiment is absolutely fundamental to any type of mindfulness training, let’s not lose it in our rush to scale. 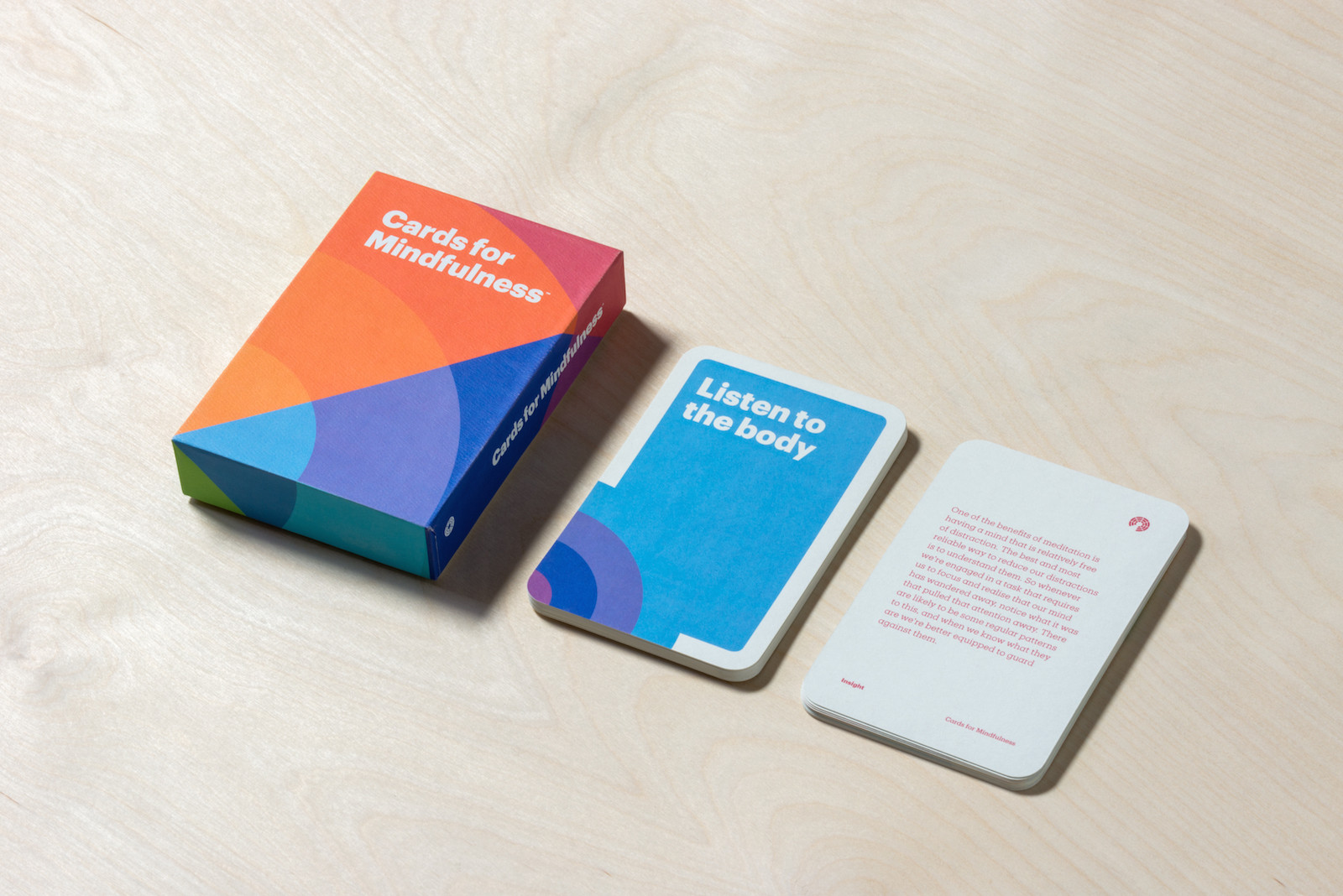 Disrupting a Category/Defining a category
Part of the reason we made buddhify was that we just didn’t like how the vast majority of the apps on the market at the time looked, how they sounded and how they worked. Thankfully in the last three years, the general design quality of mindfulness apps has improved and in some part we’d like to think we played a part in that, and that beauty can be a competitive advantage in this category. When we first got the idea of Cards, we did a quick search for meditation/mindfulness cards and what we saw was largely very uninspiring. So just as with the app marketplace, what we hope is that we can disrupt, and even define a category of mindfulness product. 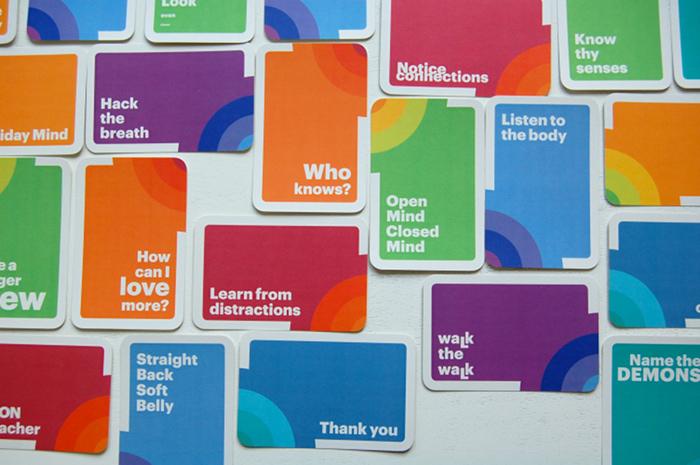 Creating an Open Architecture
Our design principles are absolutely fundamental to everything we do. Mindfulness practice is at its very best when we are able to really own it and not just be told what to do, on what day and for how long. Too much of modern meditation as it’s presented to day can be overly didactic, giving little room for creativity and playfulness. And on top of that, the dominance of guided audio as a practice mechanism means that people are being trained in being told what to do. We therefore deliberately designed Cards for Mindfulness as an open system. There are some suggestions about how you might want to use them but ultimately it’s up to you to find out what works best for you. We’ve put some nice visual devices on the cards – through colour, orientation and graphic motifs – which encourage you to play with them in different ways and we just can’t wait to ship later this summer and hear from people what they then go on to do with them.

And if you’ve not done so yet yourself, Cards For Mindfulness is a limited edition print run, available only via Kickstarter and so to get your hands on one or more decks you have to do so before June 10th.

Find out more and back Cards for Mindfulness today via our Kickstarter page.